Ever find yourself focusing too much on the negative? This week’s quote by Gary Vaynerchuk is the one for you!

You can listen to my podcast here https://anchor.fm/thisquote

Hey friends, welcome back to another episode of This Quote Changed My Life – a podcast about inspired action. My name is Tracey and I am the host of the show.

It’s so great to have you back this week for yet another quote that has changed my life. If you are new to the podcast and cannot believe that one person could love quotes so much – well, check out Pinterest lol. Pinterest the home of motivational and inspirational quotes! Seriously, there’s millions of quotes on Pinterest. It is not unusual for words to have a profound impact on our lives – from reading a book that captured your imagination, to something a teacher once told you years ago – there are going to be some really important things in our lives that will change us – maybe not forever, but for the moment – and move us into inspired action, gives our growth mindset a kick in the pants and says YES. It’s what you needed to hear right now.

So that’s why I have this podcast, and why 37 episodes in I am still passionate about talking about quotes with you – so while it would be awesome for you to listen to each episode (and leave a glowing comment!), what I would love more is if you just chose to listen to an episode if the quote in the title speak to you in some way. And come back in the future and choose again. I hope my words stick with you and the quotes that inspire me, inspire you.

Which brings me to this week’s quote by the amazing Gary Vaynerchuk who is a walking talking breathing inspiration quote. Do you guys know him? I’ll leave a link in the show notes but likely you already know him. His quote on perspective is quick and nonsense.

Focusing on the negative is the quickest way to unhappiness. Practice the ability to find the positivity.

Yes. Focusing on the negative is the quickest way to unhappiness. So so true. I mean, can you relate to this – something bad happened, or something didn’t go the way you thought it would. And instead of finding the positivity, the silver lining – you sat on the negative. You carried it around. You ate with it. You took it to bed. You held onto it for way too long and now it’s all you know.

And it gets heavy you guys, you know the feeling? You can’t shake it. I felt this way and still feel this way when my anxious mind takes over. While I won’t go into the details because I don’t want to trigger anyone, but I did focus on the negative for way too long. And it made me so unhappy. And because I was unhappy, I felt like I would never change, I would never figure this out. And I almost resigned to the fact that I couldn’t do anything to climb out of that hole. And thinking back on it now, it makes me sad to think that I once believe that. Because you know, years later I know better. I think I just got sick of being sick, tired of being tired and I took responsibility for my happiness from then now. I was responsible for my perspective.

Gary V says Practice the ability to find positivity – and thats what it really was. PRACTICE. And awareness of what you are saying and thinking, and the actions you take from that awareness. So if you can relate to this situation – getting stuck in a negative loop, the way to break it is first with noticing those negative thoughts, stopping yourself from dwelling any further on it, because you know it already doesn’t do anything for you – and then practicing positivity. Practice flipping your script from the critical, negative, fixed mindset – to something that lightens your load. And I really don’t mean let’s forget about reality and pretend it’s all rainbows and puppies – no. It’s more of a frame of mind that doesn’t judge you or others about what’s going on, that creates room from growth which leads to space to move forward from this.

So my example might be – it’s raining outside. It’s raining so much that I can’t go out anywhere, I can’t go on a run, I can’t hang my laundry out, it makes my commute longer.

And yes while all of these things may be true, do you hear the way I spoke about it? Lots of negativity – basically a list of things I can’t do now. It sounds suffocating doesn’t it? But if we took it, and found a way to approach the day differently, we might say – okay it’s raining outside, I will have to adjust the way I do things today. Instead of a run, I can do yoga inside. I can hold off on the laundry for one day and anything urgent can be hung inside, and sure the commute will be longer, everyone’s will so I will take the opportunity to slow down and be careful and get to work safely.

There are so many ways to practice positivity, but flipping the script is my favourite and most immediate way of correcting our words and thoughts. Do you think it’s something you need to work on?

Focusing on the negative is the quickest way to unhappiness. Practice the ability to find the positivity.

Let me know what you think about this weeks quote – come and find me on Instagram under @thisquotechangedmylife and check out my blog at MakeSunshine.org

Thanks so much for listening to the podcast, I will check in with you guys next week!

This site uses Akismet to reduce spam. Learn how your comment data is processed.

Evolve or Repeat – How to start changing your life

One Day You Will Tell Your Story – Rett Syndrome awareness month 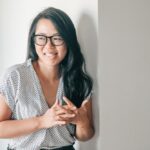 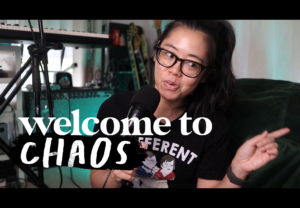